We relate more intimately to the divine if she is considered to be the ‘Mother’. Hence, worshiping the divine feminine, in nine forms of Devi (Nava Durga), is at the core of Dasara festivities in many parts of the country. In comparison, the tradition of Navaratri worship in Mysore is unique; seven mother goddesses or Sapta Matrika are propitiated here. 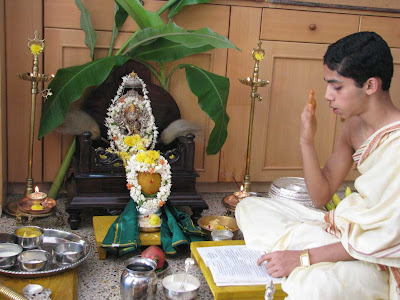 Young purohit Sri Ananta Bhat is performing Chandi Parayana at Ramsons. This worship started on the first day of Navaratri and will culminate on Vijayadashami day-after-tomorrow. 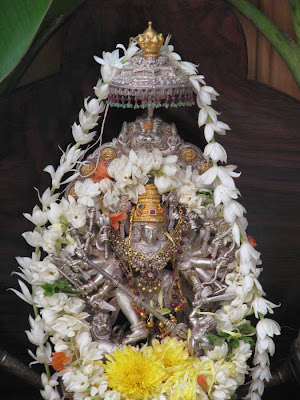 The silver idol of goddess Chamundeshwari (Shodasha Bhuja Mahisha Mardini) crafted in silver by young craftsman of Mysore Sri Dakshinamurthy. This beautiful devi is being worshipped at Ramsons' puja alcove. 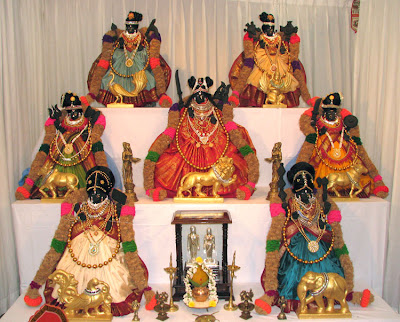 The display above has been arranged at Bombe Mane depicting the seven mother goddesses. Since this is just for display, idols have not been consecrated. Seven clay figures have been lovingly draped (by Sri Srikanta Sharma of Srirangapatna, Mobile: 9972633977) with sarees and profusely decorated to present a glimpse of the glorious tradition of worship of sapta matrika. Special garlands made from Khus roots have formed a scented aura around each devi. 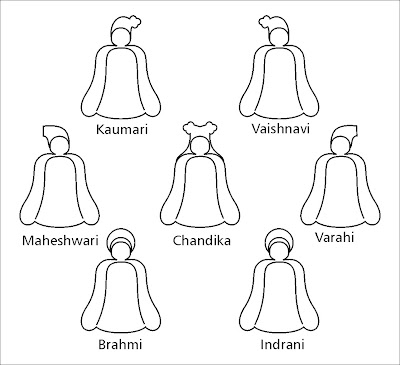 The seven bedecked devis clock-wise from left hand bottom corner are Braahmi rides a swan, Maaheshwari’s mount is a bull, Kaumaari rides a peacock, Vaishnavi with Garuda as the mount, Vaaraahi rides a buffalo, Indraani sits on elephant while Chandika is resplendent on a lion. 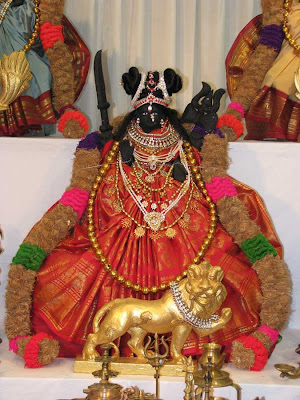 This is Chandika or Chamunda on lion. 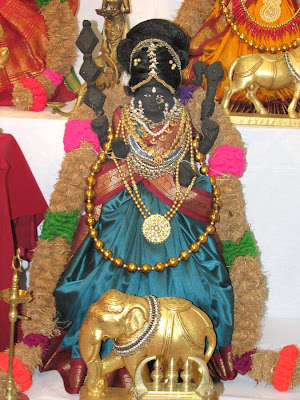 This is Indrani, the shakti of Indra, with elephant as a mount. 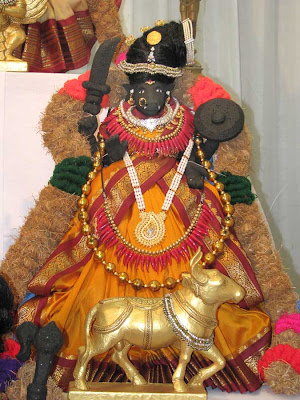 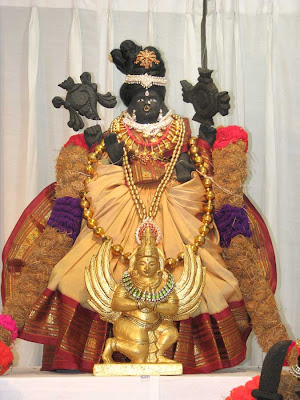 This is the shakti of Vishnu, Vaishnavi, riding the Garuda. 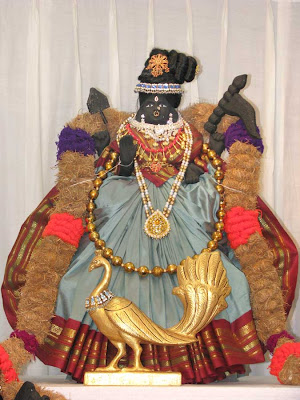 This is Kaumari, shakti of Kartikeya, with peacock as her mount. 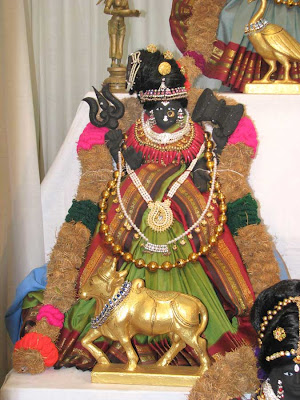 This is Maaheshwari, shakti of Maheshwara, who rides a bull. 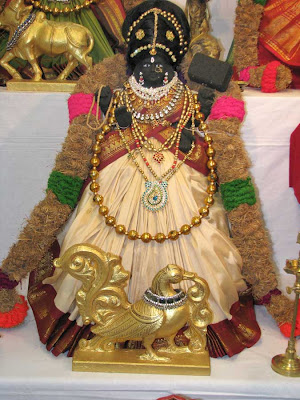 This is Braahmi, shakti of Brahma, seated on swan. 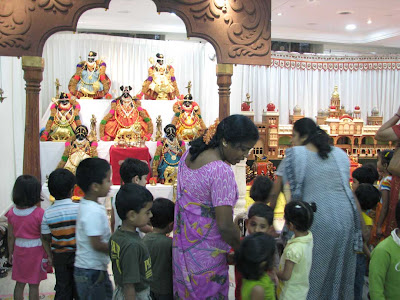 Kids of a montessori school enjoying their day-out at Bombe Mane.
Posted by H.S. Dharmendra at 4:53 AM

Dear Raghu,
Really lovely images....I had sent a request/comment in the earlier Blog on the Dushera Doll - the august 7th 2008 blog...san you please check it out and give me your reply ?

I found this site using [url=http://google.com]google.com[/url] And i want to thank you for your work. You have done really very good site. Great work, great site! Thank you!