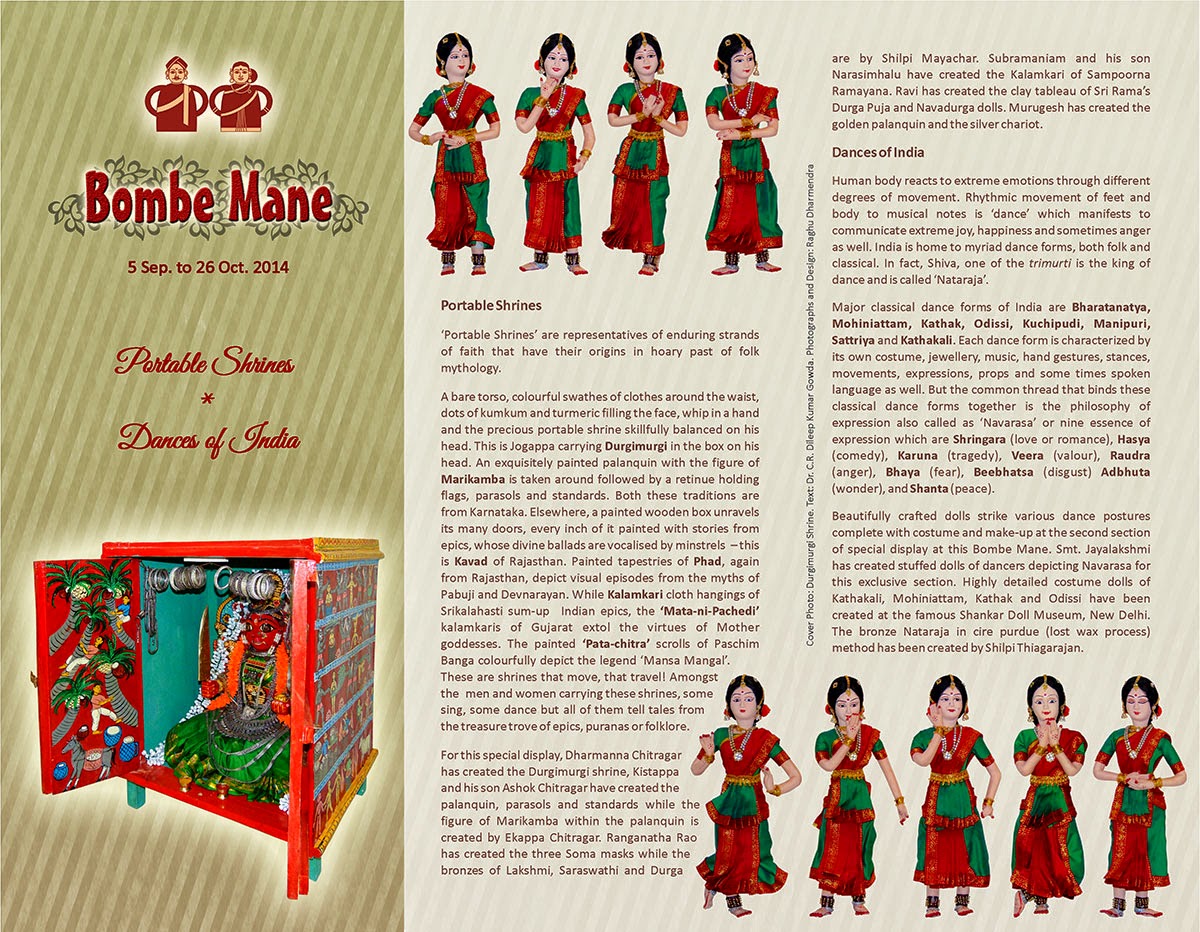 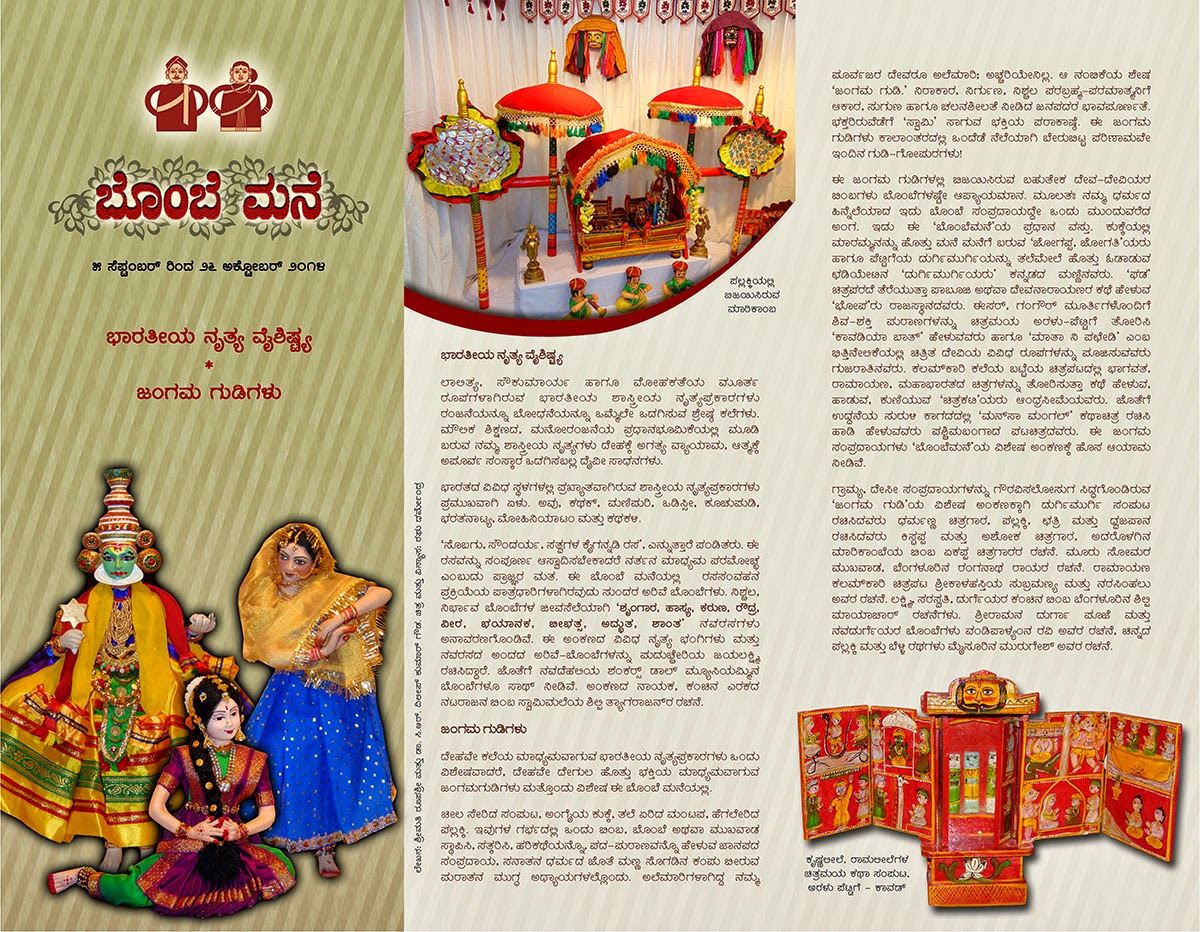 ‘Portable Shrines’ are representatives of enduring strands of faith that have their origins in hoary past of folk mythology.

A bare torso, colourful swathes of clothes around the waist, dots of kumkum and turmeric filling the face, whip in a hand and the precious portable shrine skillfully balanced on his head. This is Jogappa carrying Durgimurgi in the box on his head. An exquisitely painted palanquin with the figure of Marikamba is taken around followed by a retinue holding flags, parasols and standards. Both these traditions are from Karnataka. Elsewhere, a painted wooden box unravels its many doors, every inch of it painted with stories from  epics, whose divine ballads are vocalised by minstrels  – this is Kavad of Rajasthan. Painted tapestries of Phad, again from Rajasthan, depict visual episodes from the myths of Pabuji and Devnarayan. While Kalamkari cloth hangings of Srikalahasti sum-up  Indian epics, the ‘Mata-ni-Pachedi’ kalamkaris of Gujarat extol the virtues of Mother goddesses. The painted ‘Pata-chitra’ scrolls of Paschim Banga colourfully depict the legend ‘Mansa Mangal’. These are shrines that move, that travel! Amongst the  men and women carrying these shrines, some sing, some dance but all of them tell tales from the treasure trove of epics, puranas or folklore.

Human body reacts to extreme emotions through different degrees of movement. Rhythmic movement of feet and body to musical notes is ‘dance’ which manifests to communicate extreme joy, happiness and sometimes anger as well. India is home to myriad dance forms, both folk and classical. In fact, Shiva, one of the trimurti is the king of dance and is called ‘Nataraja’.

Beautifully crafted dolls strike various dance postures complete with costume and make-up at the second section of special display at this Bombe Mane. Smt. Jayalakshmi  has created stuffed dolls of dancers depicting Navarasa for this exclusive section. Highly detailed costume dolls of Kathakali, Mohiniattam, Kathak and Odissi have been created at the famous Shankar Doll Museum, New Delhi. The bronze Nataraja in cire purdue (lost wax process) method has been created by Shilpi Thiagarajan.
Posted by H.S. Dharmendra at 9:05 AM