In a cob-webbed part of a storeroom deep in the warrens of the Mysore Palace lies a palanquin covered with burnished gold. On the penultimate day of the fortnight-long Dasara festivities it is this palanquin that would be placed in a carriage and conveyed to the great temple of the Goddess Chamundeswari on the Chamundi hill. 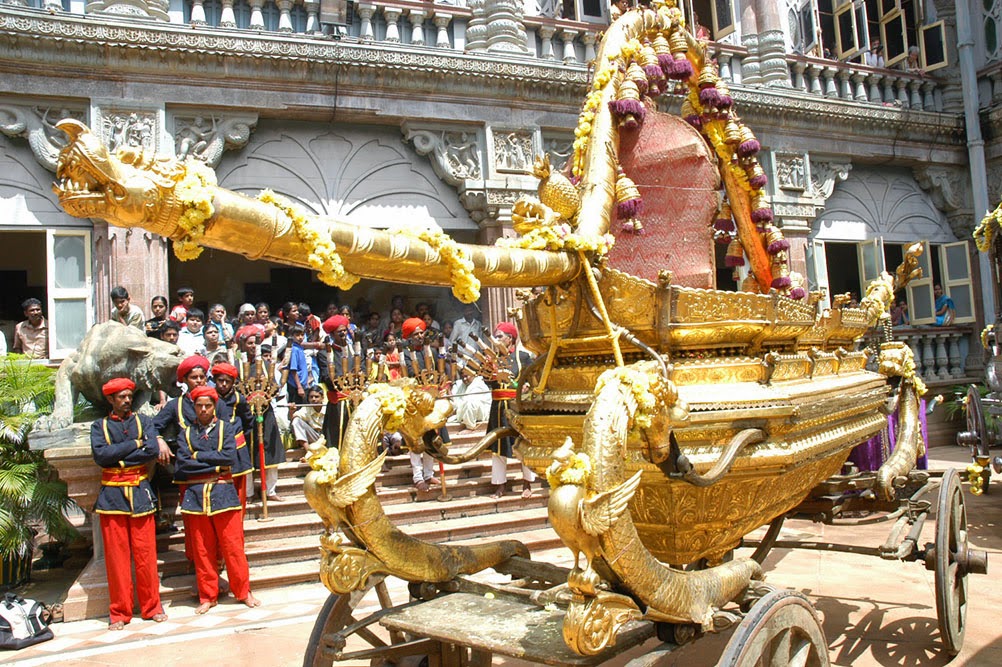 There the Utsava murti of the Goddess would be, after performing several rituals accompanied by the chanting of incantations, placed in the palanquin and taken in procession to Devikere for float festival. 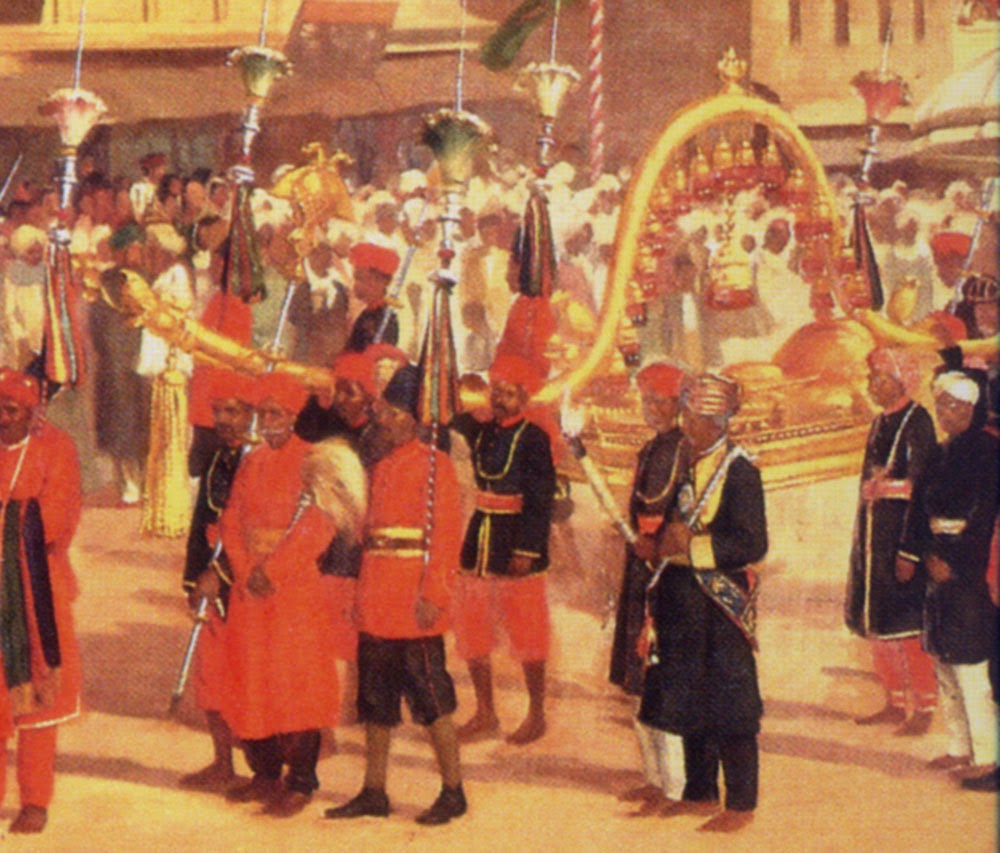 The same palanquin is also be used by members of the Mysore royalty on important occasions like birthday, upanayana, etc. Royal house extends the rare honour of the palanquin procession to the visiting pontiff of the Sringeri Mutth and the Rajaguru of the Parakala Mutth who is the spiritual guide of the Wodeyars. 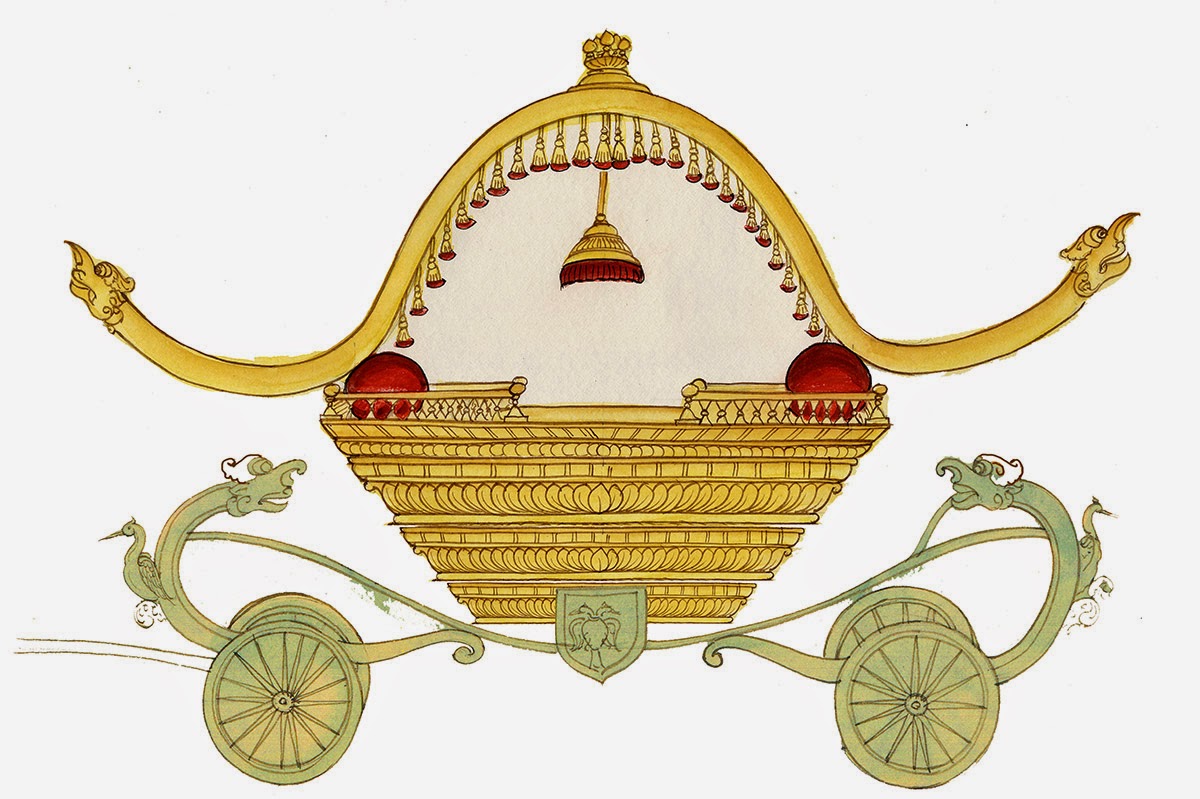 The following is the miniature model of the golden palanquin which will be unveiled at the tenth edition of Bombe Mane on 4th September 2014. A limited edition of this model is available for the doll lovers who want to enrich their doll Dasara procession.